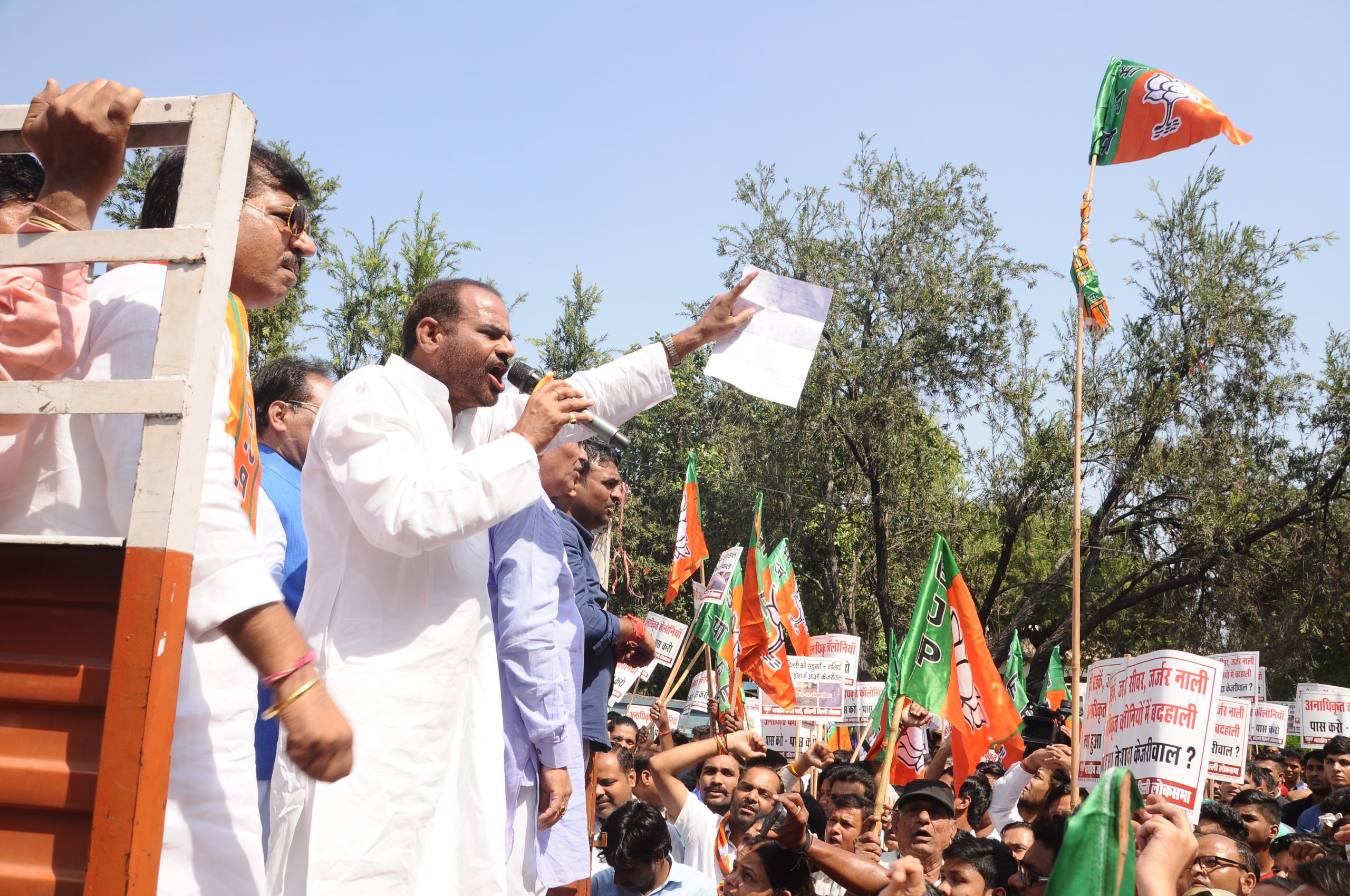 Today on 07.10.2017, residents of South Delhi Lok Sabha constituency ranging in numbers of 7000-8000 coming from approximately 250 unauthorized colonies and about 41 villages and from 12 colonies which have been deprived of development and progress, who have built their houses from blood and sweat and still have been forced to live a life of less than human standards and are tired of living their life in an inhuman manners, out of compulsion, under the leadership of MP Sh. Ramesh Bidhuri ji, reached Kejriwal house in order to make wake him up and see their condition, where the police on the pretext of the Hon’ble High court’s order, detained these peaceful protesters and arrested some as well. People want to ask Kejriwal about his election promise in 2014-15 of regularizing all unapproved colonies within 6 months of his party coming into power and also accused the then CM Sheela Dikshit for the said condition of non-regularized colonies and asked her on what moral grounds does she deserve to sit on the CM seat if she is does not have the power to approve all these colonies.  On this very same issue MP Sh. Ramesh Bidhuri reminded Kejriwal of the same issue and on the grounds of morality anf compulsion asked for his resignation and further reminded him that the process of development of these colonies had commenced in 2007-8. The then government passed 2800 crore from social welfare fund and Rs. 660 crore from which a board was for formed to form a solution and develop all these irregular colonies. Post 2008 elections, the then government fooled all these 40lakh people and stopped all development work. Then the honest innocent citizens of Delhi voted for your party on the same issue but you turned out to be a bigger liar then the previous government. In the last 3 years, not even a single paisa has gone from your fund towards the plight and development of all these people and neither have you ever shown any concern towards the situation of these colonies. Today these colonies are laden with potholes, open sewers, sewage pipelines. People have to buy drinking water as well. The previous government issued Rs 116 crore for cleaning of these colonies which was again eaten up by you. The same fund was allocated to the Delhi government flood control department which had the responsibility of collecting waste from these colonies. You spent Rs. 522 crore on your election campaign in Goa, Punjab, up, Rajasthan. People had come to find where you have lost your morality? Let alone passing of these colonies, the issue of development of these colonies never even came to the tip of your tongue. Neither did you pay the municipal corporations even one rupee to fix the boundary wall of these colonies and their development nor now you do theatrics and say that you will pass all such colonies made till 2015 whose number has increased to 2300. You had also committed of making 19000 toilets. Residents of Delhi are being looted on the pretext of (DLR)section 81 and 133 through corrupt means. Why this work has not finished till now? If you are not able to do it, please resign and dissolve the government. We will do what you have not done till now. You had even promised to make Delhi open defecation free but nothing has been done on that as well. Upset and out of disappointment with Kejriwal along with the residents of Delhi reached his house to ask for his immediate resignation. under the mentorship of Sh. Vikram Bidhuri ji(Secretary, Delhi State), Deepak Jain(District Gen. Secretary & Councilor), Ranveer tanwar(Dis. Vice President, Mehrauli), and Speaker Shri Siddharthan Ji(Organization Gen. Sec), Sahib Singh Chauhan(South District Incharge), Ramveer Singh Bidhuri (Ex. MLA), Mohan Singh Bisht(Mehrauli District Incharge), Bhupendra Gupta(Standing Committee Chairman SDMC), Rajpal(Chairman Central Zone), Sanjay Thakur(Chairman South Zone) This is what MP Sh. Ramesh Bidhuri ji had to say. 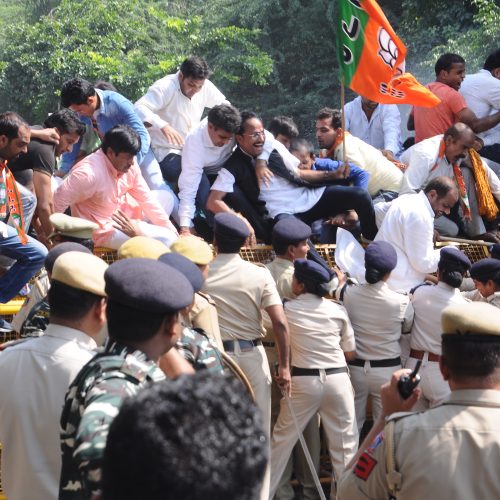 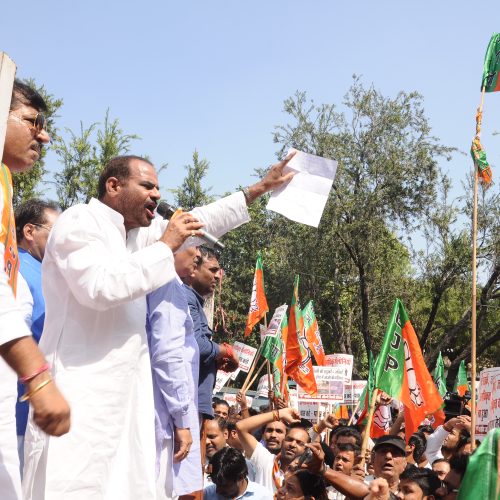 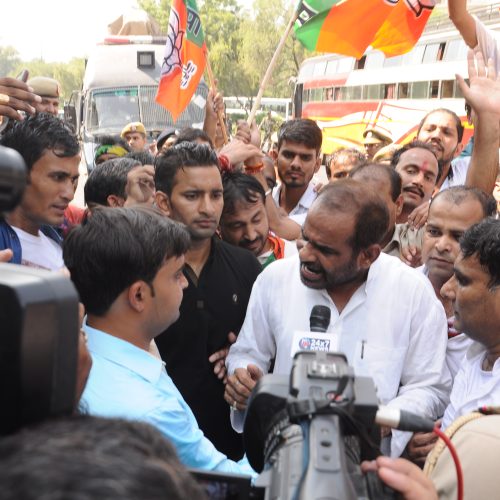