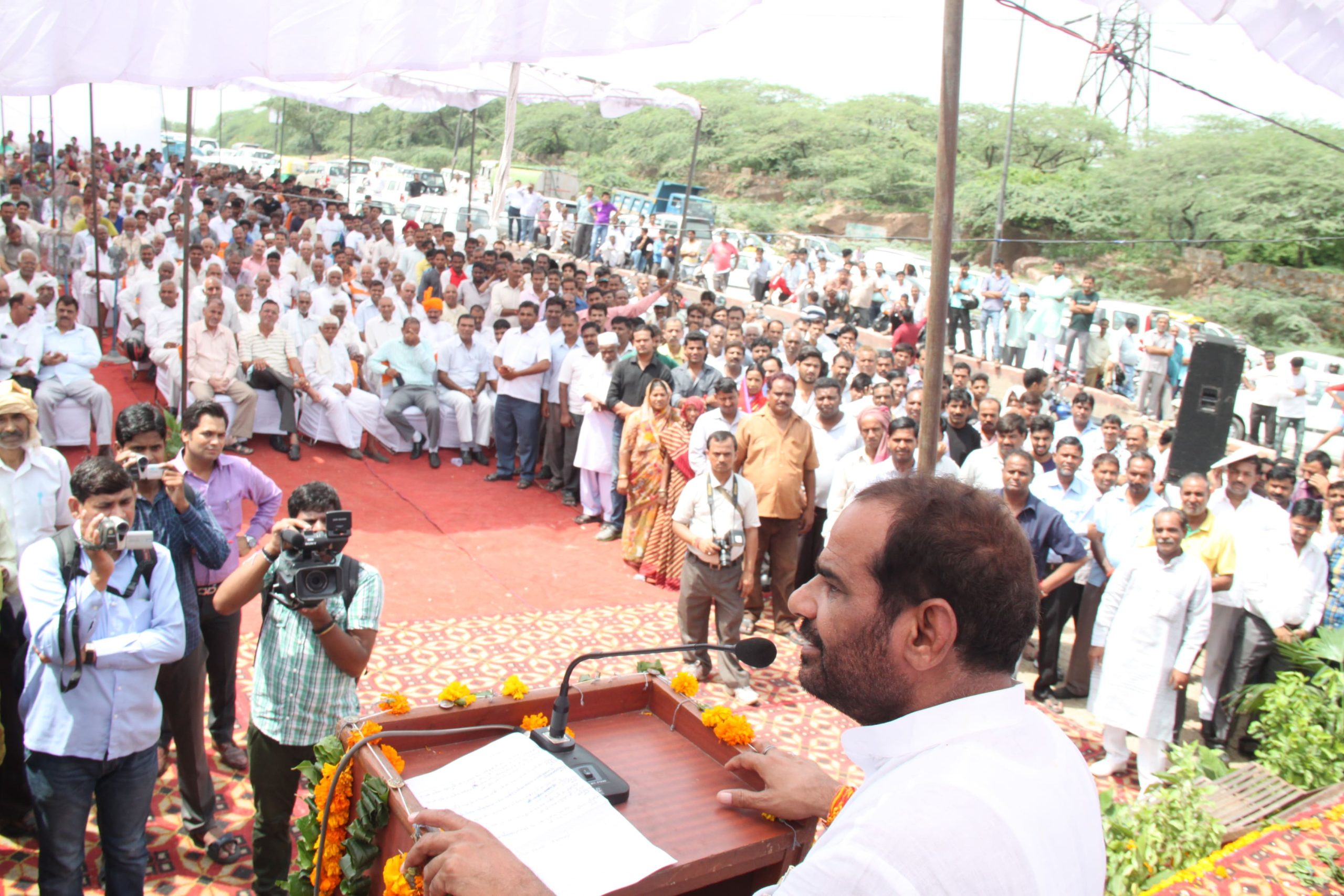 New Delhi: 14th August 2014: South Delhi MP Sri Ramesh Bidhuri inaugurated supply of Ganga Water from the Underground reservoir at Okhla with a flow capacity of 20 million gallon per day, this reservoir will help in providing a much awaited relief from water problem for the residents of Tuglakabad, Sangam Vihar and Deoli. Under the first phase of this project Tuglakabad constituency will get ganga water and in second phase Sangam Vihar and Deoli will be included. The work on the pipe line for Sangam Vihar and Deoli is been done on a very fast pace. This UGR will be supplied ganga water from Sonia Vihar project and will be further supplied to the residents of the three areas where people have to be dependent on water tanker for the water supplies at present. Bidhuri ji has kept water problem as his prime concern on his agenda.

Sri Ramesh Bidhuri ji called for a meeting with Chief Secretary as soon as BJP came into power, highlighting his concern and to initiate the process of starting the supply to the UGR. Key officials of Delhi Jal Board, Flood and Irrigation department were also part of this meeting. The UGR was constructed in 2009, and the project was approved with extreme efforts of Bidhuri ji during his first tenure as MLA. The laying of bordering pipelines from the UGR to the areas of Tughlakabad, Sangam Vihar and Deoli road was completed way back but the reservoir has been waiting for water supply for the past five years. Bidhuri Ji’s persistent efforts ensured it in just 40 days after the BJP government was sworn in.

Speaking on the occasion, Sri Ramesh Bidhuri said, “We should encourage such people friendly projects which enable us to provide water to people. I am very happy that I am able to deliver my first promise made to my people during elections. Actually this project was completed five years back, but previous governments were not able to start it and people have face a lot of problem because of it. It was a very big concern as people have to look for alternate such as tube-wells and water tankers. When Modi government came to power, I raised the issue again and was assured that it will be done soon. Today that big day has come and I would like to congratulate people of my constituency for it. There are few areas where work of the pipeline is been done and I would like to assure my people that it will be completed soon.”

“My Political experience tells me that a true leader should not only bring forward problems face by people but should try to resolve it at the earliest. After providing water to people, I will now focus on my other two important agendas – schools for the South Delhi Parliamentary area and a 200 bedded super-specialty hospital, which I intend to complete in next 1 years time.” Bidhuri ji further added.

In the large areas of Tuglakabad, Deoli and Sangam vihar consist of 54 colonies and has a population of 20 Lakhs. After first phase 5 Lakh people will be relived from water crises. Large areas like Tuglakabad are going through water crisis for past many years and water is supplied through tankers although there are pipeline but doesn’t have any water supply. During summer resident of this area get water through tankers. People in the area basically rely on boring water for their daily usage. A similar situation is faced by Sangam Vihar and Deoli residents, there is a water crises across the year. Sangam Vihar has 165 private and 154 government tubewells but water supplies through these facilities are inconsistent. According to local residents a MLA has power to ensure supply of 140 tankers per day but the tankers provided are much lesser than this. In such situation of water crises it a great work done by Sri Bidhuri Ji.